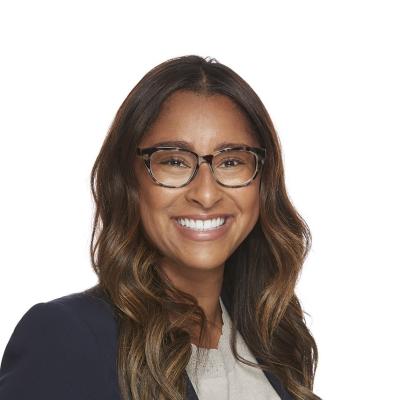 Lindsay Harris went from employee to employer in just one year at Best Buy, where she is now manager of emerging talent, the result of three promotions since 2018. This accomplishment is just one of the many reasons Lindsay was honored as the 2022 Step Up Outstanding Alum at Step Up’s recent employer kick off event.

Working at Best Buy has been a career-making opportunity for Lindsay, as she leads the emerging talent team as well as all internships for high school and college students - including onboarding and mentoring Step Up interns.  “It came full circle for me when I found out Best Buy was a Step Up employer,” she says.

Lindsay says Step Up became a part of her journey back in 2004 when she was a student at Southwest High School and landed an internship at mortgage loan company GMAC Res-Cap. “That experience and the jobs it later led to helped me realize that I love creating opportunities for people to shine.”

Step Up taught Lindsay both hard and soft skills. She ran the company’s front desk on the executive floor, set up the technology needed for meetings and ordered catering. She also managed the internal discount ticket counter for employees.

“I shadowed successful people and I learned from them,” she recalls. “A few years later my Step Up internship and the GMAC Res-Cap name got me in the door at Wells Fargo without having any finance experience. They said, ‘Oh, you came from another finance company’ and I said, ‘Yes!’ I was hired as a mortgage processor and went on to work in the finance space for five years, earning the money I needed to pay off all my college student loans.”

As a first-generation college student, Lindsay earned her bachelor of arts degree in sociology and anthropology from Carleton College. During her time on campus she worked in the admissions office and mentored students, which reinforced once again how much she loves helping people shine. “It became part of my story, and I made it my real job.”

Lindsay supervises her Step Up interns with empathy because she understands what many of them are experiencing. She shares her insights with Step Up supervisors at Best Buy and says it's rewarding to advocate for interns at the company. “I tell them to make sure their interns know they are supported here.  These students live in our community, and they align with our mission of changing lives through technology, so we need to make sure we’re doing that.”

She also admits that she holds Step Up interns to a higher standard because she knows what was expected of her in that role when she was their age. “I tell them I need you to show up and do your job! But I also tell them, 'I’m here for you, so use me. Take advantage of people who are willing to help you. You are seeking something, so run things by me, and take my help.' Someone did this for me, and I want to be that person for someone else.”

As an African American woman, Lindsay says “it’s difficult to work in places where I don’t see a lot of people who look like me, and very few managers who look like me. Now I’m a senior manager with the ability to have an impact and a say in who we hire at Best Buy. Step Up fueled my passion for hiring African American people like me. When I am working with a Step Up intern or another young person who looks like me and they realize what is possible, I’m opening a door.”

“During my internship, it was nice to see other adults who were invested in what I was doing,” Lindsay says. “Knowing that someone else cared and had a vested interest helped me a lot. I love seeing the growth of the students throughout the summer. I love creating opportunities for people to shine.”

Shine on, Lindsay! And congratulations on being Step Up's 2022 Outstanding Alum!