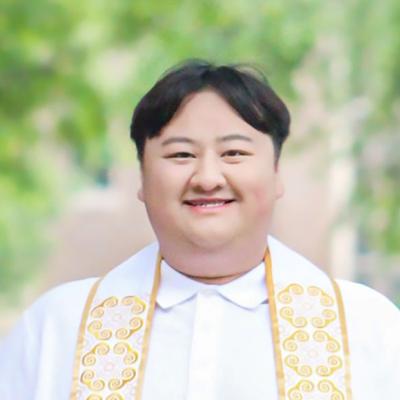 Chieng Lor is excited about his new title: associate project manager at UCare, the Twin Cities-based independent, nonprofit health plan company. While earning his bachelor of applied science degree at the University of Minnesota Twin Cities – with a minor in nutrition and a certificate in applied business – Chieng landed an Achieve College Internship that opened the door to this great new career.

Achieve College Internships connect talented, diverse college students with professional internships and networks that can help them launch careers in the Twin Cities. Chieng says his UCare college internship provided a serious opportunity to self-reflect, learn and grow his professional and personal skills.

“During my internship in the UCare project management office my co-workers helped me learn about this new field and gave me great ideas about how I could become a project manager,” says Chieng. “Then I think UCare hired me because I demonstrated that I’m eager to learn and apply what I learn to real life situations, while keeping an open mind and being helpful.”

Prior to college, Chieng says three Step Up high school internships also helped him clarify his career pathway. Step Up is a partnership of the City of Minneapolis, Achieve Twin Cities, CareerForce Minneapolis and Project for Pride in Living, and has created over 30,000 high-quality internship opportunities.

While attending Patrick Henry High School in 2016, Chieng was a Step Up teaching assistant at the North Minneapolis YMCA, where he determined that a career in education was not a good fit for him. In 2017, his chemistry internship at Xcel Energy allowed him to analyze data from power plants and identify trends. Although he thought it would be cool to be a scientist, Chieng realized this was also not the career for him. But through his third Step Up internship, a role at HealthPartners, Chieng learned about patient care and realized he had an interest in the healthcare industry.

Chieng says his high school and college internships changed his life and helped him land in a career field where he wants to make a significant contribution. He recently shared the news about his new job with his parents, who fled Laos many years ago to escape war and then lived in refugee camps in Thailand before coming to the United States. He described their joy in learning that their son has been hired at UCare. “They jumped up and down and hugged me a lot. They also had tears in their eyes.”

“I aim to be a part of the change that will improve and grow the healthcare system," Chieng says. "As healthcare needs are changing and evolving, the system must evolve to reflect these needs, while delivering quality, safe, efficient, patient-centered care, and most importantly, doing it equitably.”